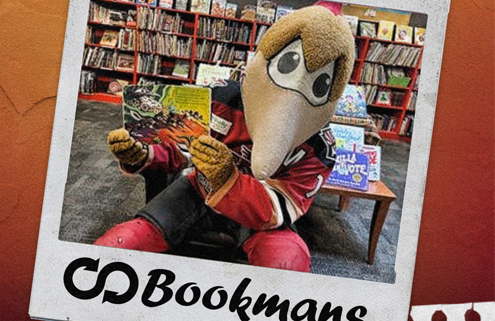 Tucson, Arizona – The Tucson Roadrunners, owned and operated by the Arizona Coyotes, will host three Summer Read-A-Long sessions at Bookmans East on 6230 E Speedway BLVD in the latest events on the team’s mascot Dusty’s Summer Tour Stop. This endeavor is part of the Roadrunners ongoing community partnership with Southern Arizona and the latest installment to #RunnersSummer.

The events are free and all children are invited the attend. There will also be crafts and Roadrunners giveaways for those in attendance. Dusty’s Summer Read-A-Longs offer more fun opportunities for local children to read and have fun. During the 2021-2022 season, the Roadrunners once again teamed with the Pima County School Superintendent’s Office and with local students logged nearly 100,000 minutes reading.

RRTV In The Community: Painting It Tucson
Scroll to top