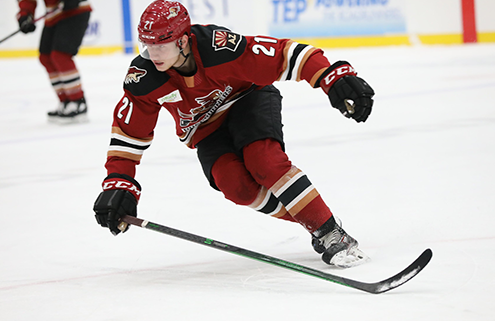 The Nymburk, Czech Republic native played in two games for the Coyotes last season and scored a goal in each of them, becoming the second player in franchise history to score a goal in each of his first two games (Christian Fischer). Jenik was drafted in the third round, 65th overall, in the 2018 NHL Draft.