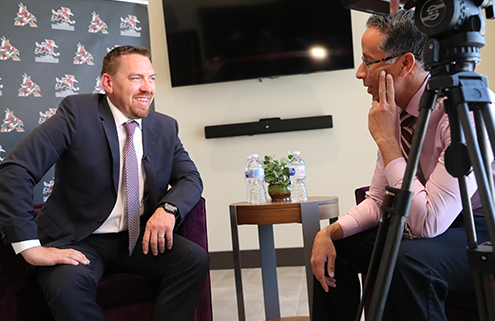 Tucson, Arizona – The Tucson Roadrunners, owned and operated by the Arizona Coyotes, will open Training Camp in Tucson Monday at Tucson Arena at 11 a.m.

ALL PRACTICES ARE CLOSED TO THE PUBLIC.

RRTV In The Community: Fan Fest Highlights
Scroll to top