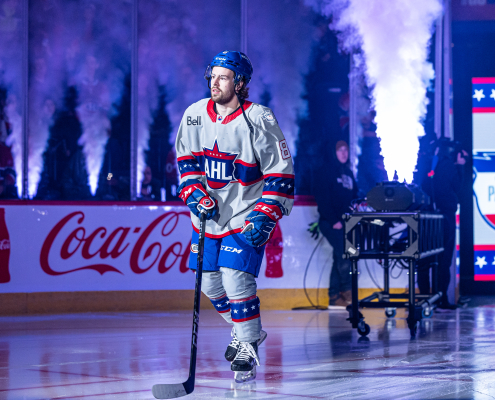 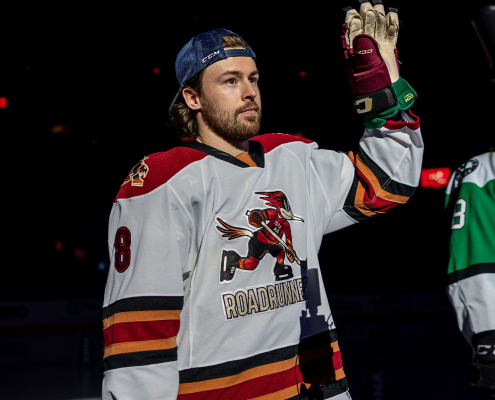 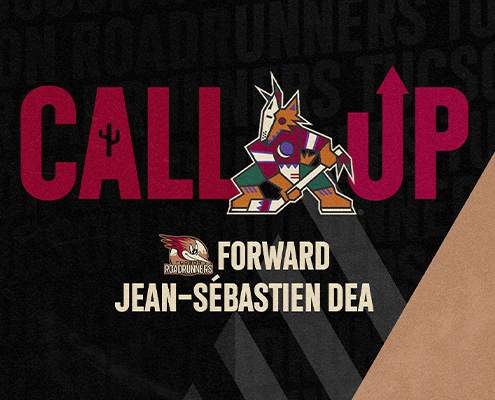 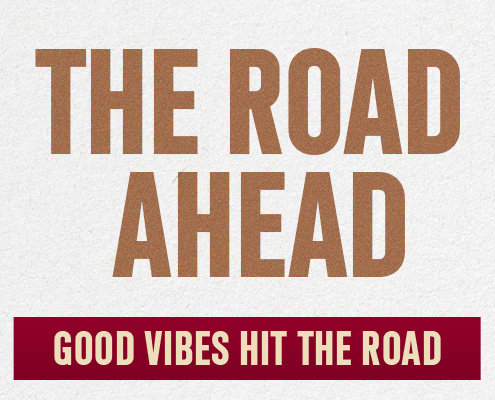 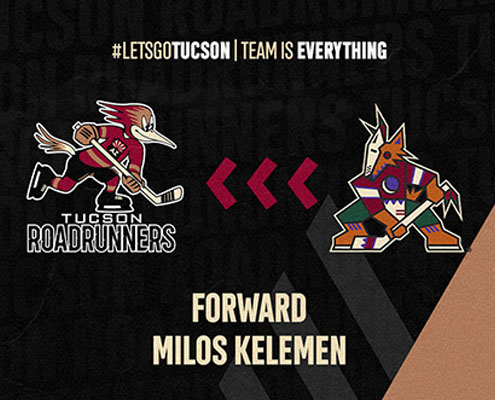 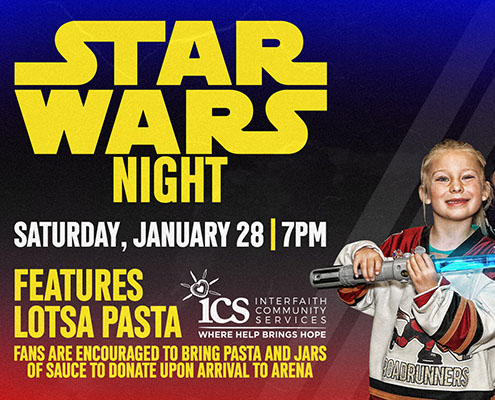 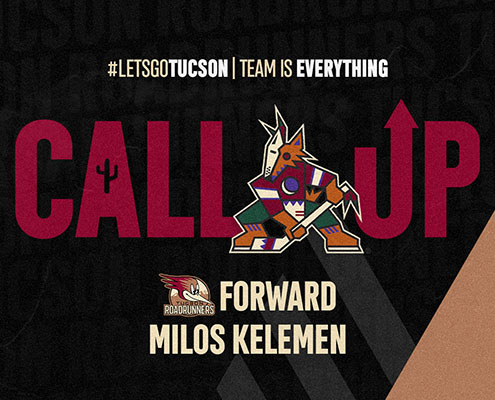 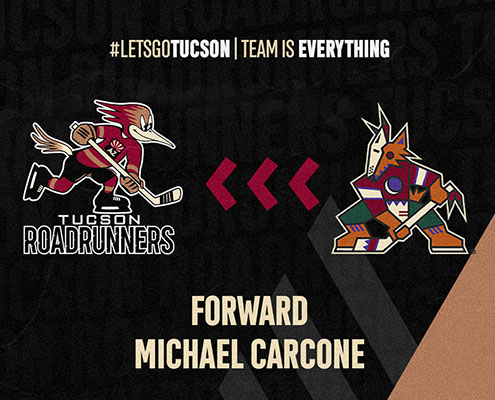 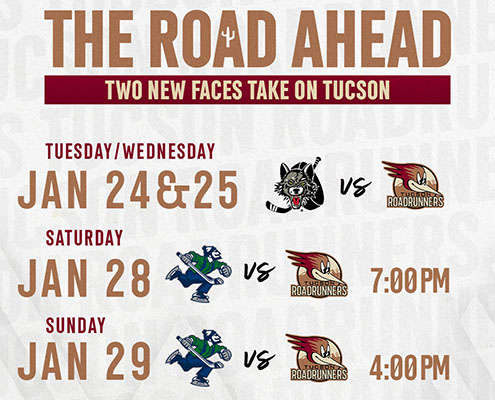 January 22, 2023
The Roadrunners continue their home stand this week with four games in six days at the Tucson Arena, beginning on Tuesday, January 24 with the first of two matchups against the Chicago Wolves. The reigning Calder Cup Champions and AHL affiliate of the Carolina Hurricanes are taking their first trip to Tucson since October 30, 2019. The Roadrunners carry a two-game winning streak against the Wolves into the series after back-to-back victories in Chicago on March 5 and 7 of 2020. Following the midweek set with the Wolves, Tucson will close out the six-game home stand with a pair of weekend contests against the Abbotsford Canucks starting on Saturday, January 28.
//www.tucsonroadrunners.com/wp-content/uploads/2023/01/1.22-ra-495.jpg 400 495 Jimmy Peebles /wp-content/uploads/2019/06/web-header-logo.png Jimmy Peebles2023-01-22 17:58:142023-01-22 18:03:15Tucson Roadrunners Road Ahead: Two New Faces Take On Tucson 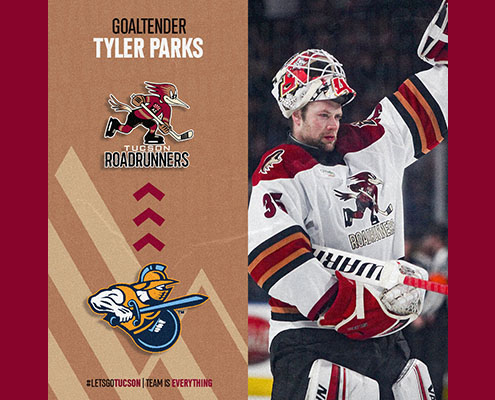 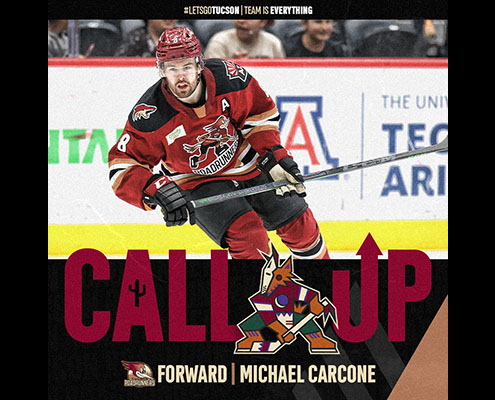 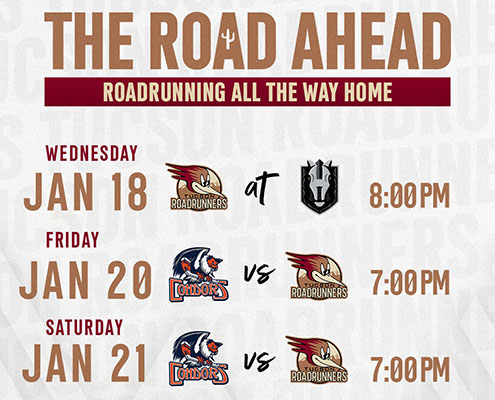 January 16, 2023
The Roadrunners wrap up their three-game road trip Wednesday night from Henderson, as they’ll clash with the Silver Knights for the fifth time this season. A win against the AHL affiliate of the Vegas Golden Knights would secure a winning record for Tucson on their current road trip, after a 4-3 shootout victory over the Bakersfield Condors on Saturday. The Roadrunners opened the 2022-2023 regular season with a 2-1 win over the Silver Knights, as Milos Kelemen and Tyson Empey’s second-period goals, scored two minutes apart, proved to be the difference.
//www.tucsonroadrunners.com/wp-content/uploads/2023/01/1.16-RA-495.jpg 400 495 Jimmy Peebles /wp-content/uploads/2019/06/web-header-logo.png Jimmy Peebles2023-01-16 22:36:542023-01-16 22:39:14Tucson Roadrunners Road Ahead: Roadrunning All The Way Home