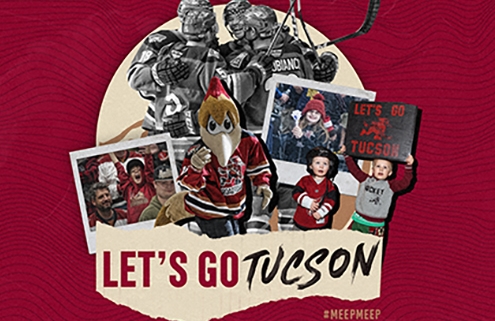 The Tucson Roadrunners, owned and operated by the Arizona Coyotes, surprised 10 random Season Tickets Members who have renewed for the 2021-2022 season with a Roadrunners Red Game Worn Jersey on Friday, July 9, 2021.

Roadrunners Season Memberships give the team’s biggest fans the most savings, benefits and flexibility as the team enters their sixth season in the Old Pueblo.

Summer Blog: Most Games, Texting With #4, Where On The Road
Scroll to top