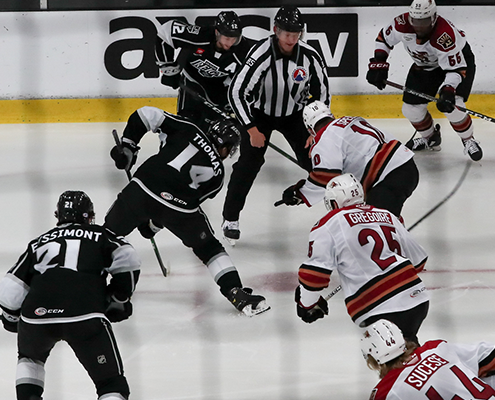 El Segundo, California – After the Ontario Reign scored five goals in the first 25:34 of the game to build a 5-0 lead, the Roadrunners pushed back and scored three-straight to finish the contest in a 5-3 loss to open the preseason.

Rookie Ryan McGregor got Tucson on the board late in the second before Michael Bunting and Lane Pederson scored two goals 31 seconds apart, both on the power-play early in the third period to cut the deficit to 5-3. Both Tucson power-play goals were assisted by Kevin Roy, who fans will remember from playing for the San Diego Gulls until last season.

Tucson outshot Ontario 13-4 in the third period as they looked for two more goals.

The two teams will meet again Monday in El Segundo at 2 p.m.

“Special teams did a nice job tonight. Thought our guys stayed with it and found a way to get back into the game. Thought we had some great moments, but we also have some areas we can clean up. We’ll definitely get there.”

Head Coach Steve Potvin after the team came storming back from early deficit.

DON’T OVERLOOK IT
Entering his third season in Tucson, defenseman Cam Dineen led the way with seven shots on goal and assisted on the team’s first goal of the game. 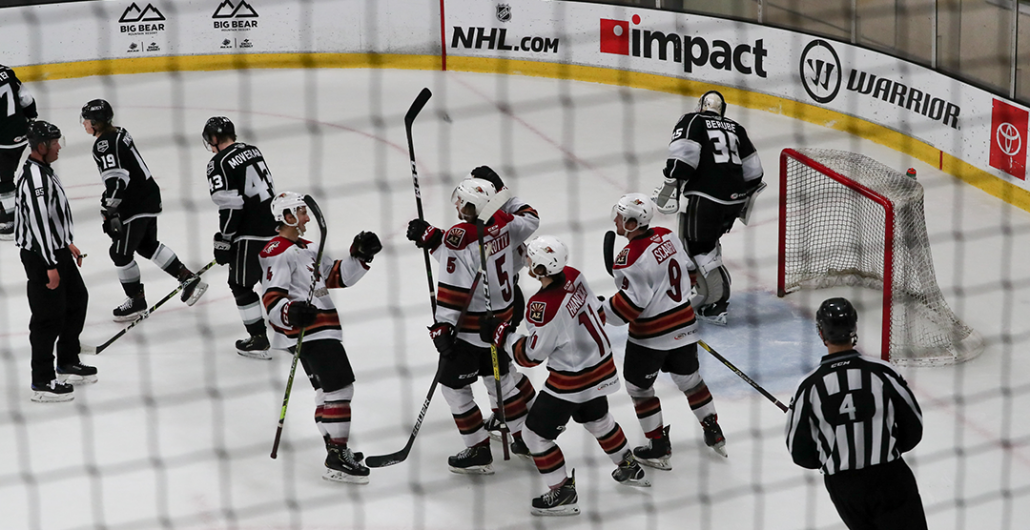 Ryan McGregor, who starred last year with Sarnia in the Ontario Hockey League, got Tucson’s first goal of the game. McGregor, signed a three-year entry-level contract with the Coyotes in March and will became the latest young forward to join the Roadrunners skill group. McGregor had 27 goals and 68 points in 52 games last year to complete his junior career.