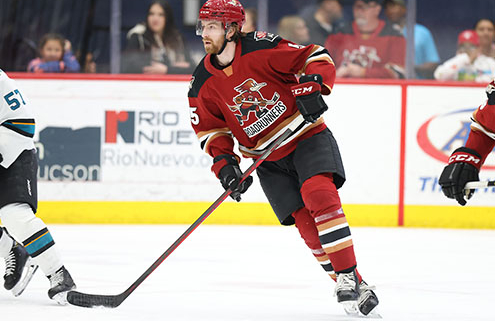 Defenseman Victor Soderstrom: Has tallied 29 points (5g, 24a) in 64 games across the last two seasons with Tucson, as well as 20 games in the NHL with Arizona. Soderstrom was drafted by the Coyotes in the First Round (#11 Overall) of the 2019 NHL Entry Draft.

Defenseman Cam Crotty: Appeared in all 68 games for Tucson last season, his second year in the AHL. Crotty was selected by Arizona in the Third Round (#82 Overall) of the 2017 NHL Entry Draft.

Forward Milos Kelemen: Will be making his North American debut with his first game in the organization. Kelemen was signed to a two-year entry-level contract by the Coyotes in May.

Tucson Roadrunners Road Ahead: Off And Skating
Scroll to top