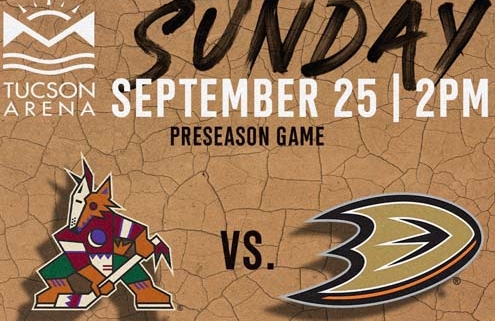 Tucson, Arizona – The Arizona Coyotes will host the Anaheim Ducks in a preseason game at Tucson Arena on Sunday, September 25 at 2pm.

Tickets for the game are on sale at TucsonRoadrunners.com/Yotes.

The game will be the Coyotes lone preseason contest that is played in Arizona.

This contest will mark five years since the Tucson Arena last hosted NHL Preseason action when the Coyotes also hosted Anaheim on September 25, 2017.