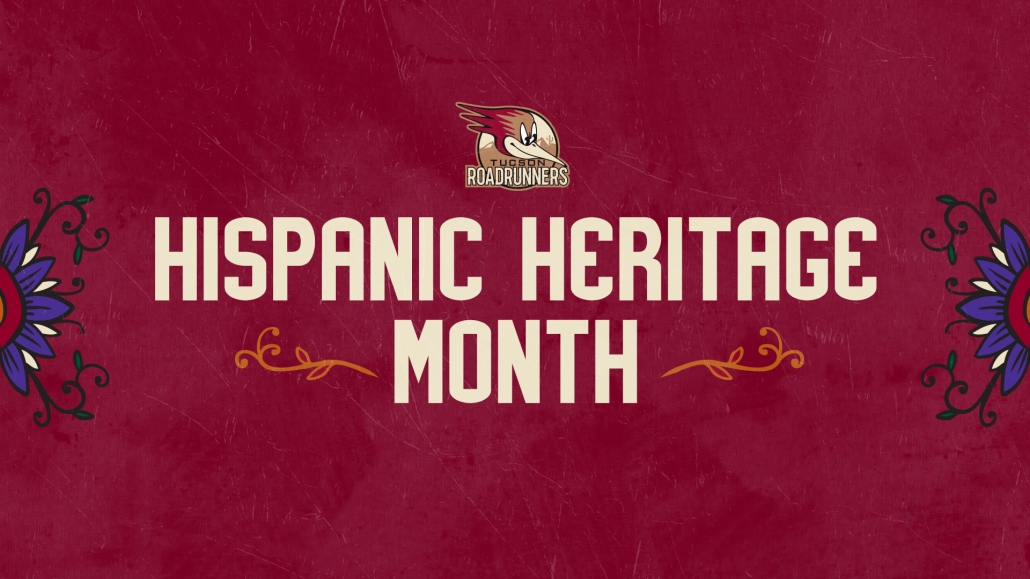 “The Roadrunners organization is excited to celebrate Hispanic Heritage Month with the Southern Arizona community over the next several weeks and beyond,” said Roadrunners President Bob Hoffman.  “Arizona Coyotes Owner, Chairman & Governor Alex Meruelo and Arizona Coyotes President & CEO Xavier Gutierrez are very proud of their Latino heritage and the history and culture in Arizona and look forward to supporting the Roadrunners efforts to celebrate Hispanic leaders, businesses and non-profit organizations to showcase their accomplishments and dedication to our community; while learning what more the Roadrunners can do to contribute.”

Roadrunners Give Back, a branch of the Arizona Coyotes Foundation, will be hosting a 50/50 raffle online with proceeds going to support Casa de los Ninos who works to benefit the Hispanic Community in Southern Arizona.

On Wednesday, September 23, the Roadrunners will join FC Tucson for their watch party at the El Toro Drive-In Cinema downtown with an appearance by Mascot Dusty and a raffle to win a specialty Los Correcaminos jersey with proceeds going to Chicanos Por La Causa (a non-profit organization that helps individuals and families achieve self-sufficiency by providing accessible healthcare, affordable housing, a quality education, access to meaningful work and political representation).

On Wednesday, October 7 from 4-5 p.m., the team and Dusty will be with the Boys and Girls Clubs of Tucson for Street Hockey and to distribute Roadrunners Face Coverings at the team’s DEK Hockey Rink to go along with the Dusty’s Drive-In events scheduled on Wednesday evenings throughout the month of September taking place at El Pueblo Park (9/16), Lincoln Park (9/23) and the Tucson Convention Center (9/30).

Fans will also have the opportunity to win one of five Roadrunners Los Correcaminos jersey on Tucson iHeart Radio stations during Hispanic Heritage Month that include: the Home of the Roadrunners Fox Sports 1450 AM, Tejano AM 1600, KNST AM 790, 93.7 KRQ, My 92.9 and Hot 98.3.

Weekly during the celebration, the team’s Our Family series will highlight a member of the Southern Arizona Hispanic community at TucsonRoadrunners.com. To nominate an individual going above and beyond CLICK HERE.