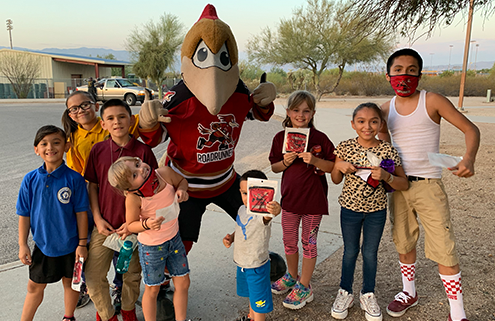 Tucson, Arizona – The Tucson Roadrunners and their fans made 2020 a success with community initiatives off of the ice and a Pacific Division Championship that capped off an abbreviated season.

In the second half of the calendar year, the team hosted two blood drives, four Dusty’s Drive-In events that collected non-perishable food items, Roadrunners Community Day on October 10 collected: toys, diapers, pet toys, bottled water and more non-perishable food items; the Roadrunners then teamed up with their fans to provide Thanksgiving Dinners to several families close to our hearts and donated dozens of turkeys and hams to local food pantries, while capping the year off with Santa Dusty Saturday on December 12 that collected more toys and stuffed animals from fans for local children for the holidays. 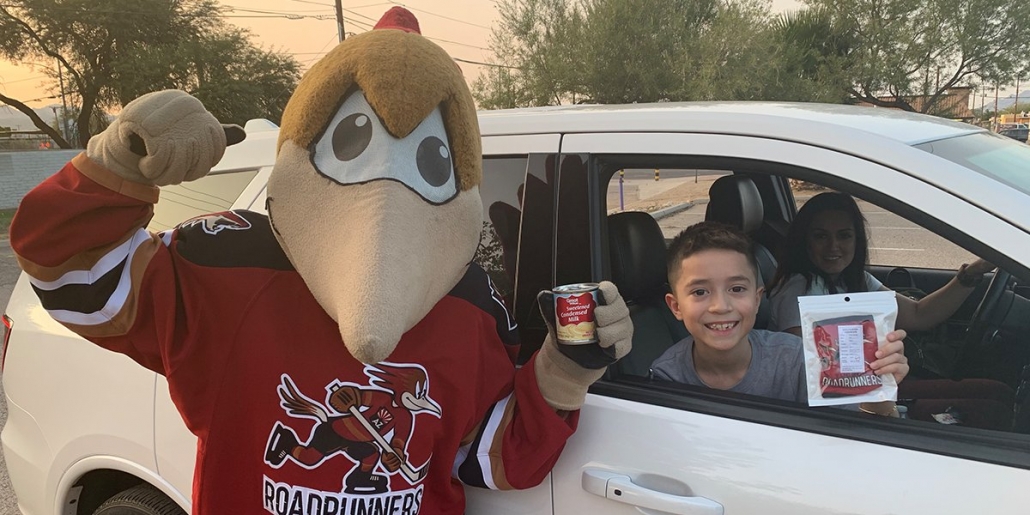 “With the overwhelming support from our season ticket members and fans towards our community initiatives, we are proud of the positive contributions that we were able to help make in 2020 during what was an extremely challenging year for everyone,” said Roadrunners President Bob Hoffman. “Southern Arizona is our home and we are always striving to give back in any way possible to the great people here.”

The Roadrunners held their Community Day as part of Hispanic Heritage Month which also featured a hockey workshop with the Boys and Girls Club at the team’s DEK Hockey Rink in Midtown Tucson on October 7. The team’s four Dusty’s Drive-Ins on: September 16, 23, 30 and October 21 collected non-perishable food items and distributed Roadrunners face coverings to continue the organization’s Hispanic Heritage Month outreach to the Southern Arizona community. The four events took place all over Pima County. The non-perishable food items were donated to the Community Food Bank of Southern Arizona and several of their partner agencies. 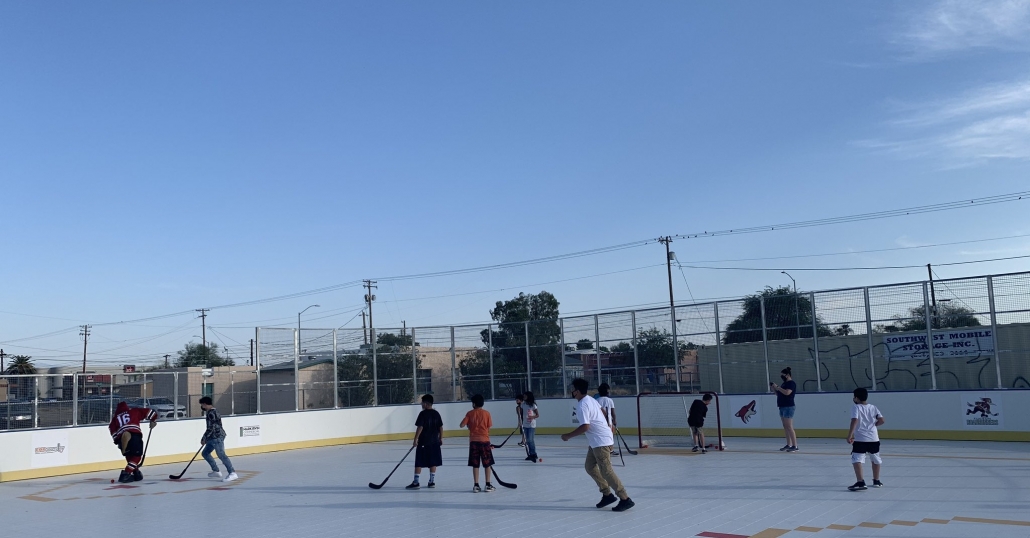 On Friday, July 31, the team and Reid Park Zoo hosted the first Dusty’s Drive-In event where children 4-12 were invited to drive through with their parents to collect a set of Roadrunners Street Hockey gear that included: a hockey stick and street hockey ball as the team donated several hundred sets of gear from 7 a.m. – 10 a.m. 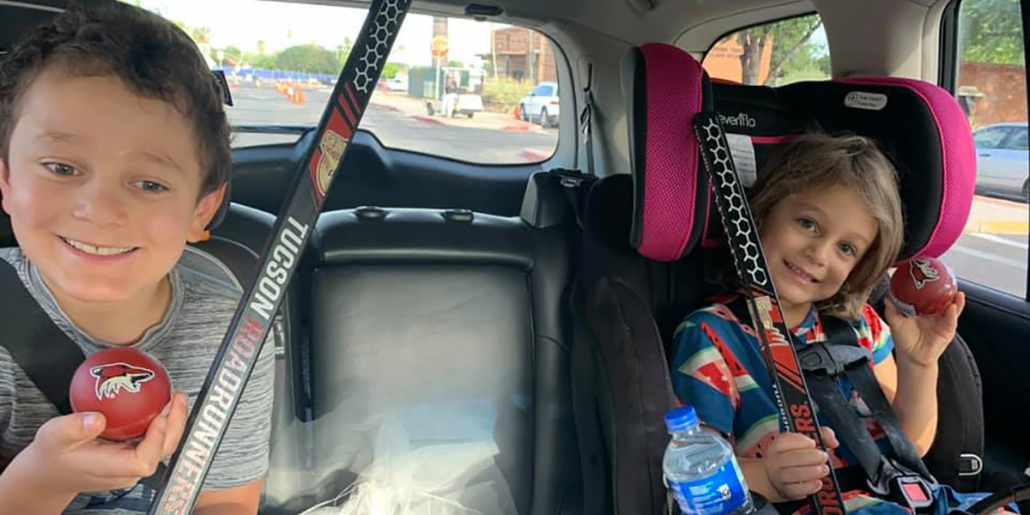 The Roadrunners held two community blood drives where hundreds of Roadrunners fans turned out to donate blood on July 1 with fans also coming out on Sunday, October 25 for Undie Sunday that collected: socks, underwear and other undergarments on entry while the Humane Society of Southern Arizona had their VIP Therapy Team present with dogs for fans to visit on exit of the Blood Drive. 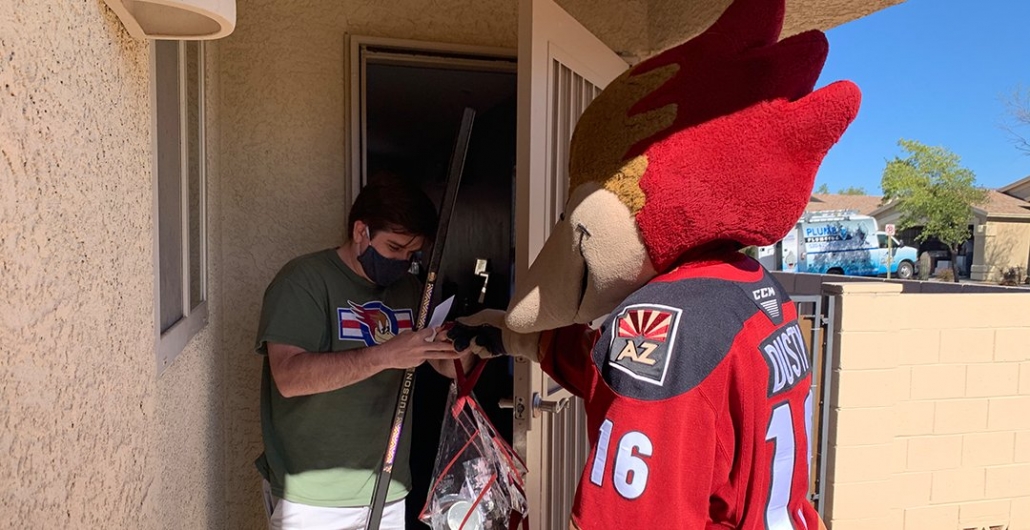 The hundreds of toys from Santa Dusty Saturday were donated to Toys for Tots through KVOA’s Season 4 Hope program while the stuffed animals were given to Aviva Family and Children’s Services who helped over 3,500 children in Southern Arizona have a happy holiday season. 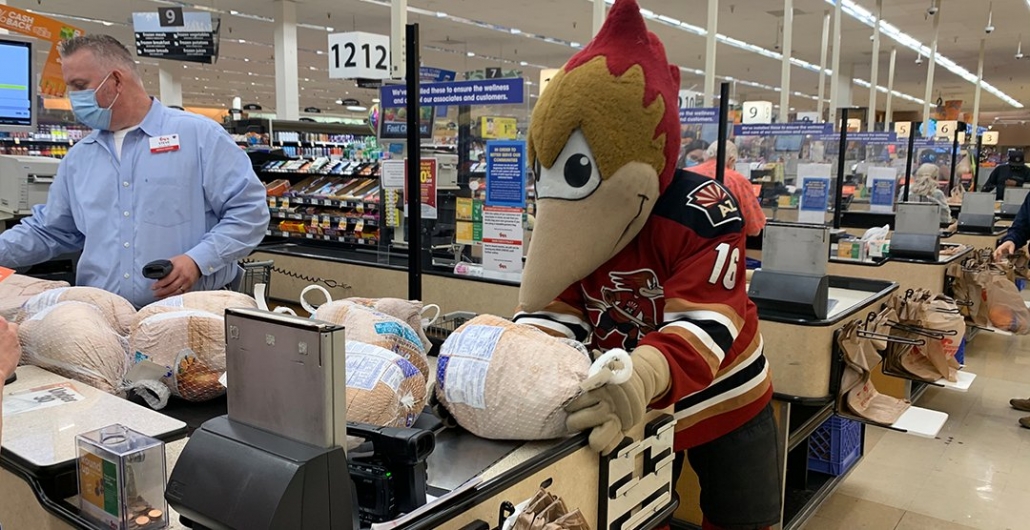 The Roadrunners were also honored to donate dozens of turkeys and hams to Casa San Juan to feed local families while the Flowing Wells Assembly of God Food Pantry used them to help serve hundreds of hungry local residents on Christmas Day.

Tucson finished the 2019-2020 season 36-19-1-2 which clinched the team their second Pacific Division Championship in the last three seasons. The Roadrunners will hang a banner commemorating the accomplishment at a home game during the upcoming season.