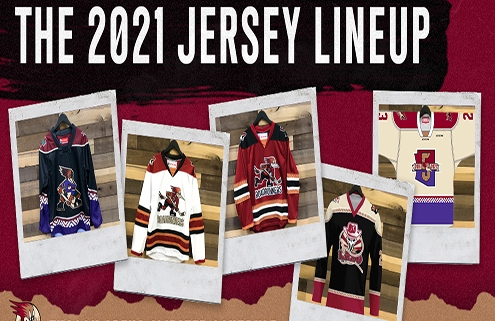 The Roadrunners total uniform breakdown for the 2020-21 regular home season is as follows:

A complete list of jerseys for the home season is listed below:

Dates and Jerseys subject to change.