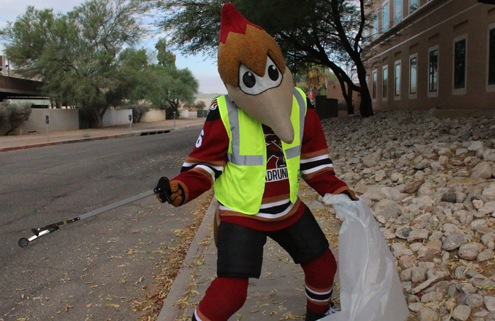 Tucson, Arizona – The Tucson Roadrunners, owned and operated by the Arizona Coyotes, have partnered with Tucson Clean and Beautiful to clean up and control litter on Alameda Street in Downtown Tucson.

The adopted stretch of Alameda Street through Stone Avenue downtown will be cleaned up and monitored by the Roadrunners and the team will also invite their Season Ticket Members to participate for regular commitments.

The scenic stretch located right in the heart of the Old Pueblo is located halfway between Roadrunners Headquarters on 300 West Paseo Redondo and Tucson Arena.

This endeavor is part of the Roadrunners ongoing community partnership with Southern Arizona and the latest installment to #RunnersSummer.