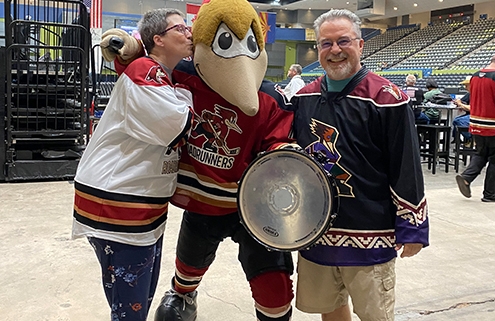 The event was free to the public as the team invited everyone to bring bottled water for the Community Food Bank of Southern Arizona. The team collected over 1,100 bottles of water.

Other fun and games were available during the party.

Coyotes Acquire Imama and Hults From Kings
Scroll to top