Let me introduce you to this edition’s Our Family, you probably already know them. They might even feel like members of your family. You know Matt and Elizabeth Hough, their two kids Ryan and Emma and Matt’s parents and Ryan and Emma’s grandparents Scott and Victoria.

Hockey has been bringing the Hough family to downtown Tucson for over 40 years; going back to a family member playing for the Tucson Mavericks of the CHL for their only season of pro hockey in the Old Pueblo during the 1975-76 season. 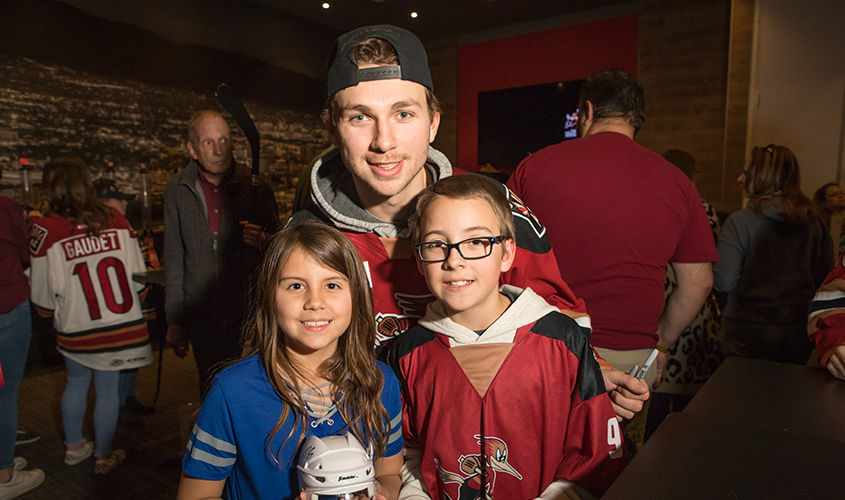 In fact, during the course of hockey season, you can find the Houghs at the TCC up to six nights a week when you combine Roadrunners games and Jr Roadrunners action for both eleven-year-old Ryan and nine-year-old Emma.

“The environment (at Roadrunners games) is very family based,” said Matt. “Hockey is a passionate sport, either you are born into it or you fall in love with it. I was fortunate enough to be born into it and now my kids are falling in love with it and are able to participate and it’s exciting.” 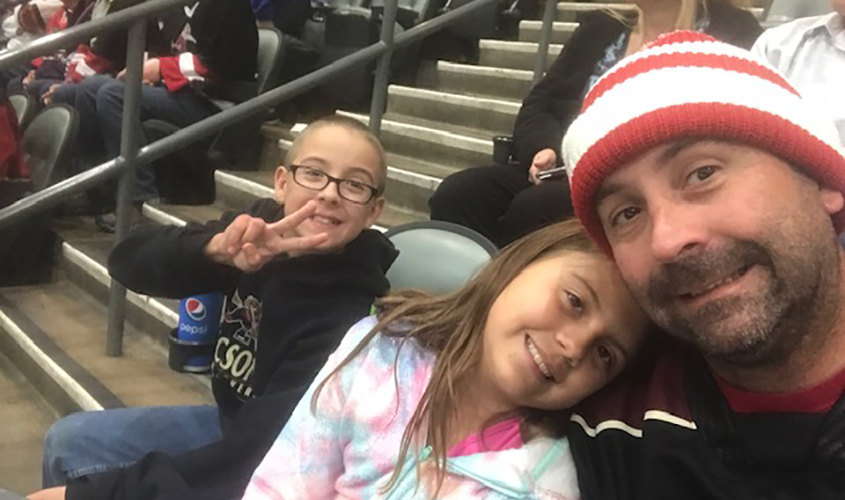 For Roadrunners games though, the family sits in the same section, but not the same row. Grandpa Scott and Grandma Victoria have slid back a row to keep the aisle clear for Matt and his frequent visits to the concession stands where there is no such thing as too many hot dogs and too much soda for Emma.

“We love the theme nights, we’re the family that dresses up for Star Wars Night. We’re definitely a hockey family now you might say,” said Matt.

And during the course of the last four years cheering on the Roadrunners, the family who used to travel to Glendale to cheer on their long loved Detroit Red Wings, now roots for the Arizona Coyotes having been swayed by their former heroes in Tucson who have made the transition to the NHL. 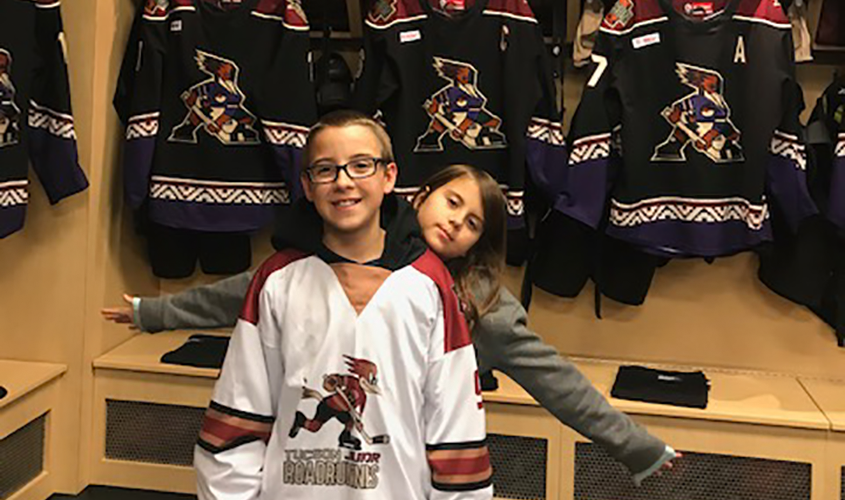 “I think Conor reminds him of him, we aren’t the tallest family,” said Matt of his son Ryan on former Roadrunner and current Coyotes forward Conor Garland. “When Conor came back for the playoff run last year he got a Conor Garland stick, he’s gotten a puck from Conor during warmups. And then the second season, we got very lucky and he got a hat passed over from Conor during the three stars.”

“We were never really Coyotes fans, but now we’ve gone to so many Coyotes games that aren’t even Red Wings games to cheer on the Coyotes because they’re a link to the Roadrunners. It’s kind of neat because you’re on the glass and you have a poster or have a sign that says we remember you when you were Roadrunners or something  and the guys come up and hit the glass and it’s neat that they remember,” said Matt. 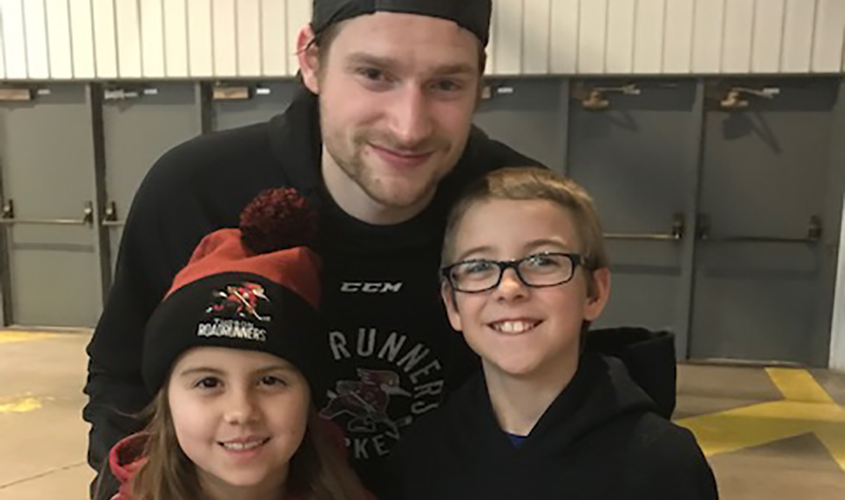 Along with the games, the family also has enjoyed the personal interactions and team events that being a Roadrunners season ticket member entails. Each season, the Roadrunners and their players host a holiday party for their fans who are at every game in addition to several other events including a team autograph party which this year was held at Dave and Buster’s.

“To be able to talk to players, to talk to them and get autographs. They’re just a great group of guys. You want them to go out and be aggressive on the ice, but you also want them to be safe,” Matt concludes.