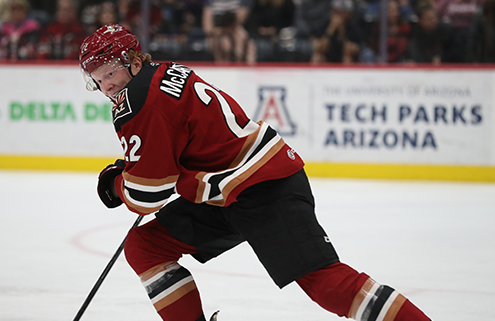 McCartney, 21, has also been named an alternate captain for the team. Drafted by the Coyotes in 2020, the Manitoba native had 18 goals and 17 assists for 35 points in 55 games last year for Tucson where he finished second on the team in goals and fifth on the team in scoring. He also made his NHL debut with the Coyotes in 2021-2022 where he appeared in four games. McCartney joined the Roadrunners as the youngest player in team history when he was 19 in May of 2020 following his junior career. He had one goal and four assists for five points in four games to wrap up the season.