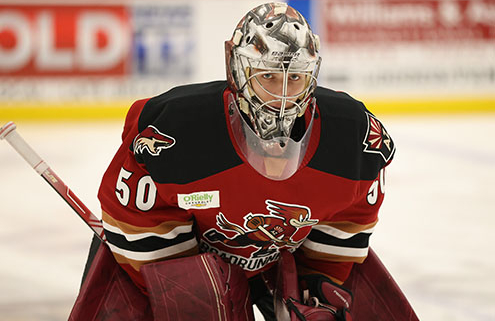 Prosvetov set career highs for minutes played, saves, and wins last season with Tucson. He has appeared in six games for the Arizona Coyotes over the last two seasons. He returns to Tucson for his fourth season in the organization.

Carcone set a Roadrunners franchise record for goals in a season last year with 24, before appearing in 21 games in the NHL with Arizona. He made his National Hockey League debut with the Coyotes on December 28, 2021.