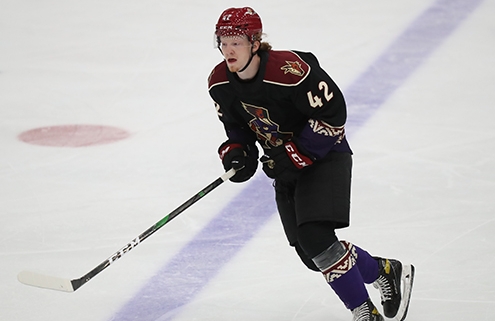 GLENDALE, ARIZONA — Arizona Coyotes General Manager Bill Armstrong announced today that the Coyotes have signed forward Ben McCartney to a three-year entry-level contract. As per Club policy, terms of the contract were not disclosed.

“We are very pleased to sign Ben to an entry-level contract,” said Armstrong. “Ben had a great junior career and played well for the Roadrunners last season. We look forward to watching him continue to develop next year in Tucson.”

McCartney was originally drafted by the Coyotes in the seventh round (204th overall) in the 2020 NHL Entry Draft.