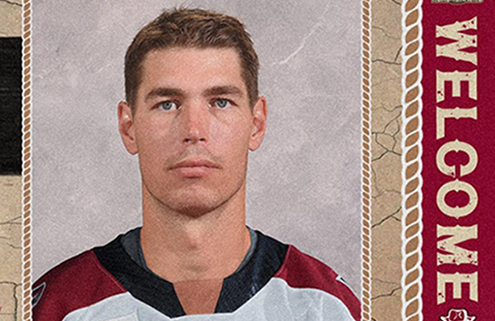 Tucson, Arizona – The Tucson Roadrunners, the American Hockey League affiliate of the Arizona Coyotes, announced today the signing of forward Adam Cracknell to a one-year AHL contract for the 2022-2023 season.

Cracknell joins Tucson with 998 games of professional experience: including 210 NHL games and 627 AHL games where he has totaled 176 goals and 210 assists for 386 points while also tallying 17 goals and 17 assists for 34 points in 42 games in the Calder Cup Playoffs. He was also a member of Team Canada during the 2022 Olympics in Beijing.

“He wants to win, he has great experience, leadership and continues to demonstrate his capability as a professional,” said Roadrunners General Manager John Ferguson.  “We are pleased to make Adam a Roadrunner and welcome him to the Tucson community.”

He spent the last two seasons as an Alternate Captain with the Bakersfield Condors; finishing third on the team in scoring and second in goals in 2021-2022 with 21 goals and 26 assists for 47 points in 58 games. During the 2020-2021 season, he also finished third on Bakersfield in scoring with 11 goals and 19 assists for 30 points in 39 regular season games while leading the team in playoff scoring with three goals and seven assists for ten points in six games as the Condors won the Pacific Division Championship.

The 37-year-old has played in the NHL with Anaheim, New York Rangers, Dallas, Edmonton, Vancouver, Columbus and St. Louis. He was originally drafted by Calgary in 2004.

1-On-1 With Roadrunners President Bob Hoffman
Scroll to top