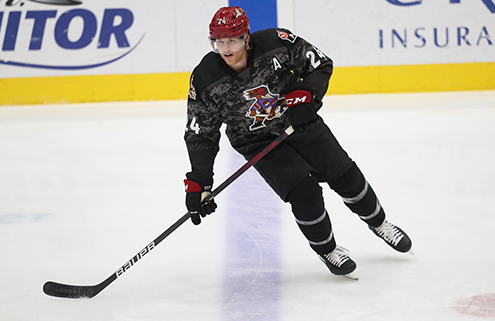 Fasching, 26, has played in seven games for the Coyotes this season. In 10 games with Tucson, he has recorded 10 points (4-6-10) and an even rating with four penalty minutes (PIM). The 6-foot-3, 204-pound forward was tied for the team lead in scoring at the time of his last game with the Roadrunners (November 13). Fasching recorded a five-point night with a hat trick for Tucson on Saturday, October 30 at home against the San Diego Gulls. Five points is tied for most in an AHL game this season which is shared by Roadrunners teammate Matias Maccelli.

Followon TwitterSubscribeto RSS Feed
RRTV In The Community: Head Of The Class