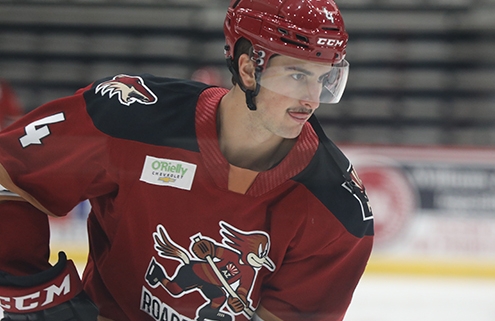 GLENDALE, ARIZONA – Arizona Coyotes General Manager Bill Armstrong announced today that the Coyotes have signed defenseman Cam Dineen to a one-year two-way contract. As per club policy, terms of the contract were not disclosed.

The 23-year-old defenseman has totaled 11-25-36 and 22 PIM in 136 career AHL games with the Roadrunners. He is fourth in games played and fourth in scoring by defenseman during his three seasons played with Tucson.

Dineen was originally drafted by the Coyotes in the third round (68th overall) in the 2016 NHL Entry Draft.