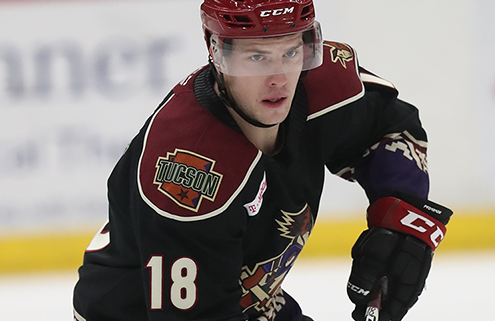 GLENDALE, ARIZONA — Arizona Coyotes Interim General Manager Steve Sullivan announced today that the Coyotes have signed forward Lane Pederson to a one-year, two-way contract. As per Club policy, terms of the contract were not disclosed.

The 23-year-old Pederson recorded 16-18-34 with 40 penalty minutes (PIM) in 37 games with the Tucson Roadrunners (AHL) in 2019-20. He finished tied for third on the team in goals and third in points/game (0.92). Pederson also scored four power-play goals and two game-winning goals this season.

Pederson originally signed an entry-level contract with the Coyotes on October 13, 2016.