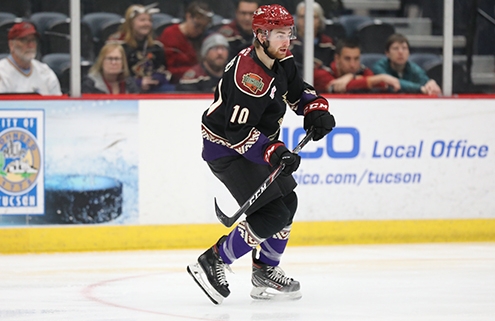 GLENDALE, ARIZONA – Arizona Coyotes General Manager Bill Armstrong announced today that the Coyotes have signed forward Blake Speers to a one-year two-way contract. As per club policy, terms of the contract were not disclosed.

The 24-year-old Speers played in four games with the Tucson Roadrunners (AHL) in 2020-21 before sustaining a season-ending injury. Tucson was 4-0 with Speers in the lineup in 2020-2021. He had four goals and five assists for nine points in 32 games with Tucson in 2019-2020 after being acquired in a trade by the Coyotes from New Jersey in December of 2019.

Speers was originally drafted by New Jersey in the third round (67th overall) in the 2015 NHL Entry Draft.