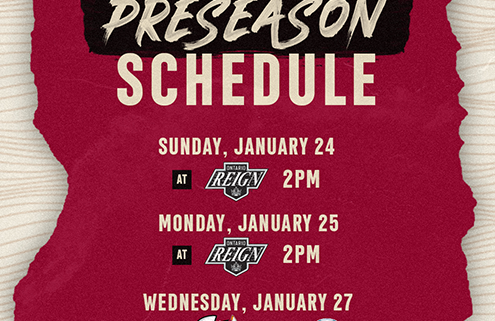 TUCSON, ARIZONA – The Tucson Roadrunners, owned and operated by the Arizona Coyotes, have announced four preseason games prior to the start of the AHL regular season. The team’s regular season game schedule will be announced in the coming days. 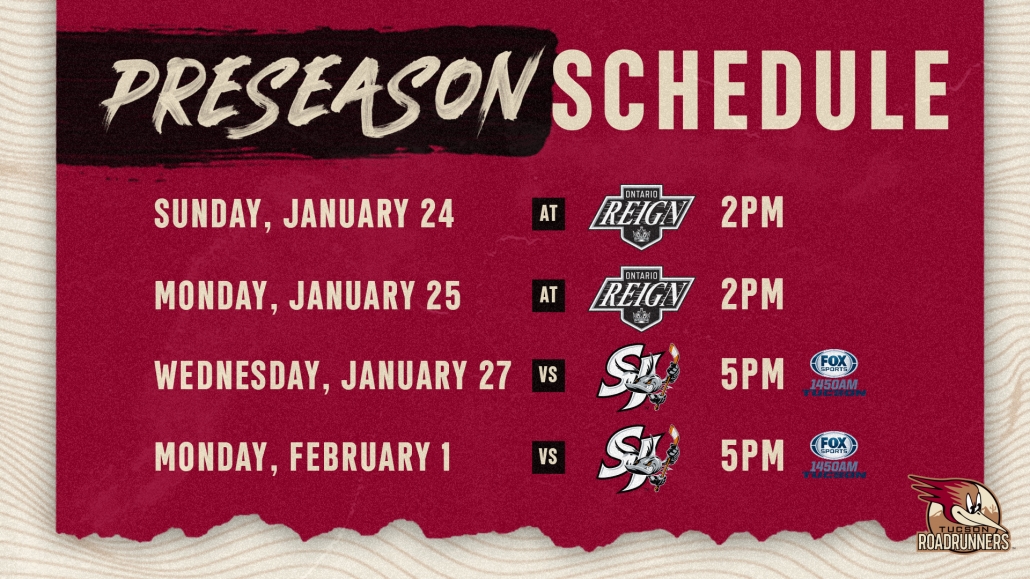 *The home games against San Jose will be closed to the public at the Tucson Arena. Both home games will be broadcast live on the radio in Tucson on Fox Sports 1450 AM and on the iHeart Radio app.

In addition to these preseason matchups, the Roadrunners will be practicing most mornings at the Tucson Arena leading up to the AHL’s regular season that begins on Friday, February 5.