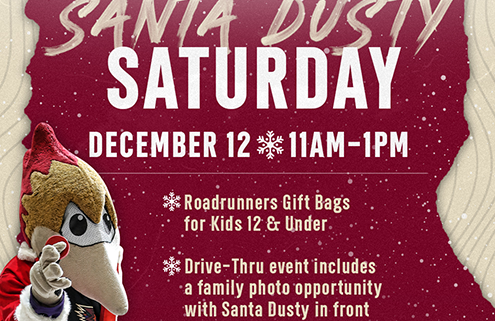 Tucson, Arizona – The Tucson Roadrunners, owned and operated by the Arizona Coyotes, will host Santa Dusty Saturday on Saturday, December 12 from 11 a.m. – 1 p.m. in Lot A at the Tucson Convention Center. 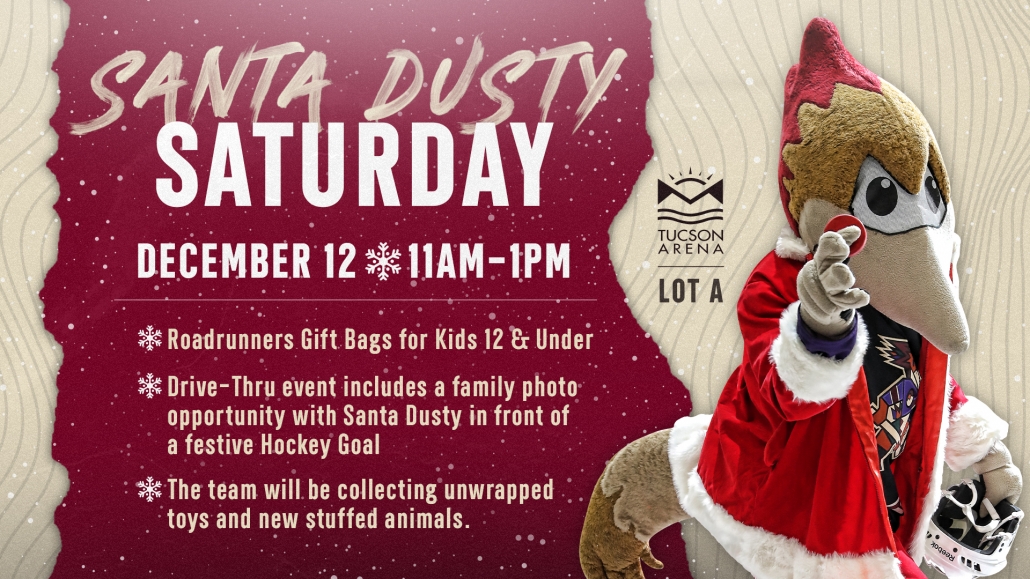 The drive-thru event will feature: Roadrunners holiday gift bags for kids 12 and under. In addition, there will be a festive postcard photo booth at the front of the car line for families to individually get a photo taken with Santa Dusty. The customized holiday postcards will then be available for download at TucsonRoadrunners.com.

The team will also be collecting unwrapped toys and new stuffed animals to be distributed in our community prior the holidays.

Fans can enter Lot A off of Church Street at the main entrance of the TCC.

All current guidelines as outlined by the Pima County Health Department will be in place. All event representatives will be wearing face coverings and following all local recommendations. Social distancing practices will be in effect and fans driving through are asked to be in face coverings and to stay in their vehicles until reaching the photo booth where they will receive further instructions.