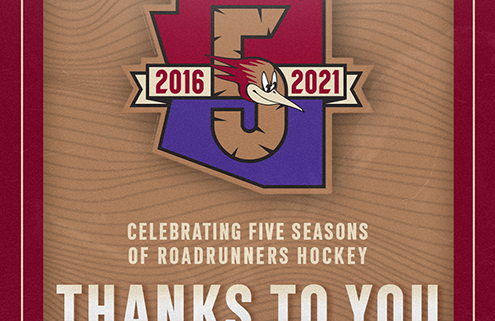 Tucson, Arizona – The Tucson Roadrunners, owned and operated by the Arizona Coyotes, today unveiled a special identity to commemorate their fifth season of hockey in Southern Arizona. 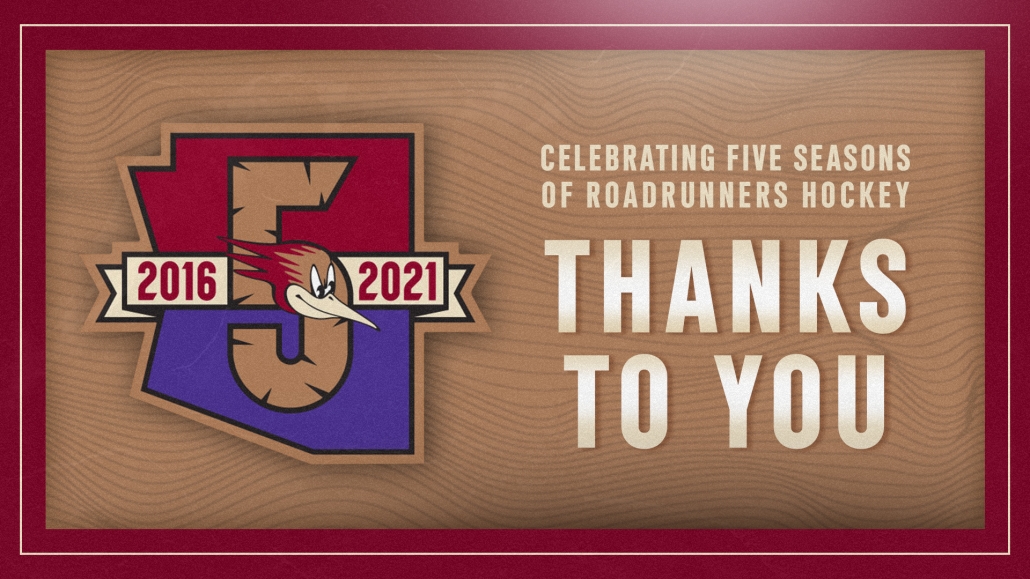 The team will wear Fifth Season jerseys at select home games during the upcoming season and the red, violet, beige and cream logo will be showcased at center ice for contests at Tucson Arena.

“The support from the hockey community, local businesses/organizations and all residents and snowbirds who have joined our diehard fans to form our Roadrunners fan base has given us the best start to our organization that we could have ever imagined,” said Roadrunners Team President Bob Hoffman. “The future of the sport of hockey is very bright in Southern Arizona as we dedicate our fifth season to all sports fans but especially everyone who has supported us to this point. We look to keep winning on and off the ice.”

The Roadrunners fifth season identity is a tribute to their Season Ticket Members, Corporate Partners and anyone who has cheered the team on since its arrival in 2016. During the month of December, the organization will have several features on TucsonRoadrunners.com and social media with contributions from Season Ticket Members that include: Five Season Fan Favs, Five Seasons Photo of the Week and Our Familyfeatures on several individuals who have been onboard with the Roadrunners since Day 1.

Dusty’s Stocking Stuffer will also include the first Fifth Season items with a T-Shirt, Holiday Tree Ornament and four vouchers for a future Roadrunners home game at TucsonRoadrunners.com/stocking. 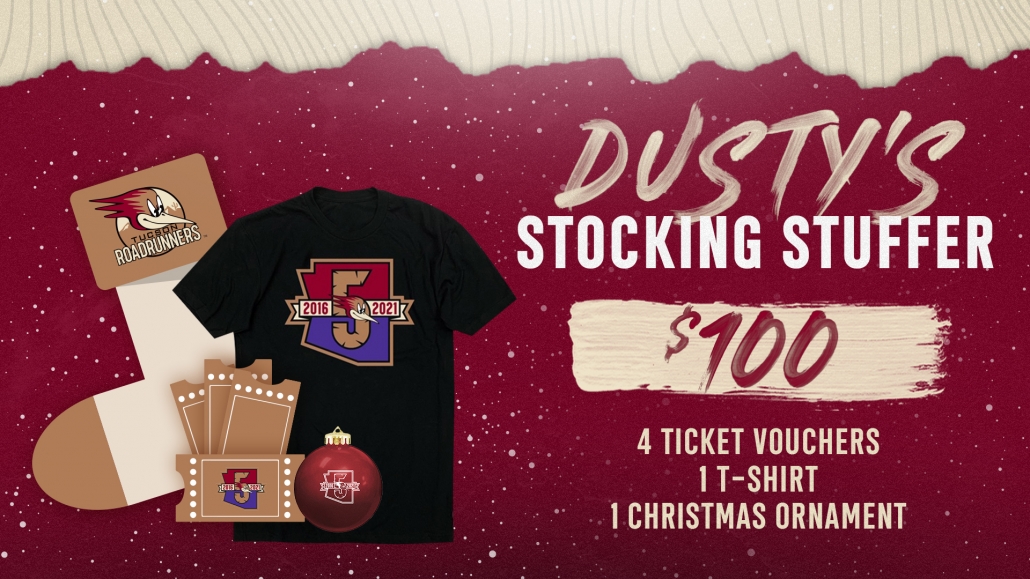 The anticipated AHL start date for the upcoming season is February 5, 2021.