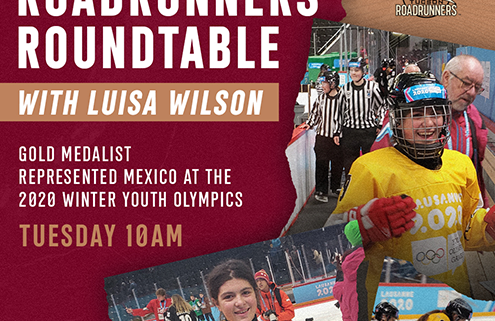 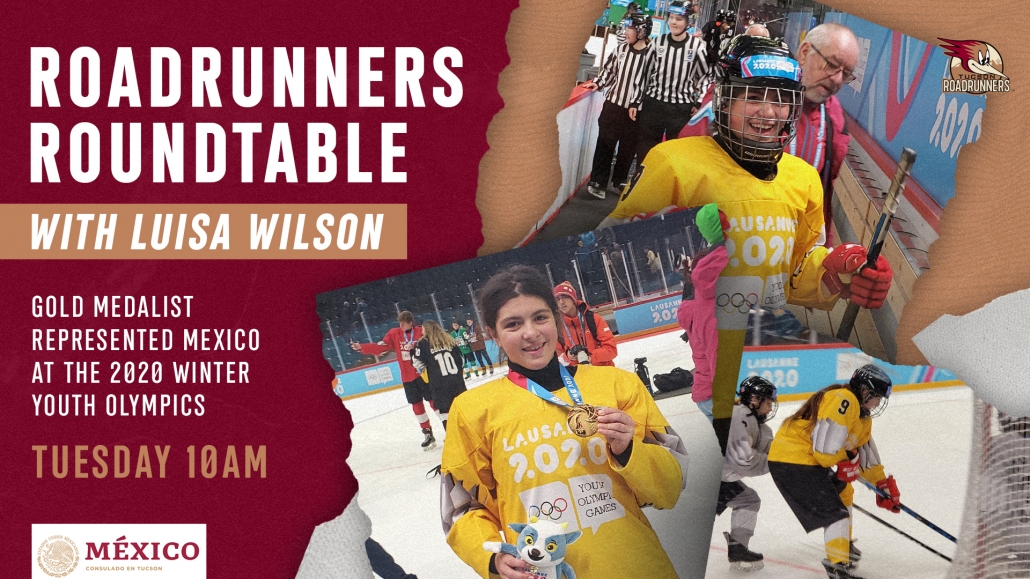 Luisa became the first Mexican to win an Olympic medal in a Winter Olympics sport when her team won the gold medal at the girls’ 3×3 mixed tournament, during the 2020 Winter Youth Olympics in Lausanne, Switzerland. She is 15 and currently living in Mexico City with her family and playing hockey. She will share her story on how she got involved in the sport and her advice for other youth on: getting involved in hockey, balancing school with extracurricular activities and how the keys to success in hockey and team sports can be applied everyone’s lives.

“The Mexican Consulate in Tucson is honored and proud to present the wonderful achievements of Luisa in hockey,” said Consular Titular Rafael Barcelo. “She is a Mexican Olympic medalist and this conversation with Tucson’s Roadrunners is a great opportunity to spread the word about the successful involvement of Mexican girls and boys that commit to the healthy and disciplined practice of sports. And also, an open invitation to Mexican and Mexican-American families in Southern Arizona to participate themselves in the practice of hockey and other sports in Tucson”.

“We are grateful for the opportunity to introduce Luisa to our community,” said Roadrunners President Bob Hoffman. “Every day we are striving to share and grow the game of hockey and we feel this will be a very inspiring conversation for everyone involved.”

RRTV In The Community: Santa Dusty Saturday
Scroll to top