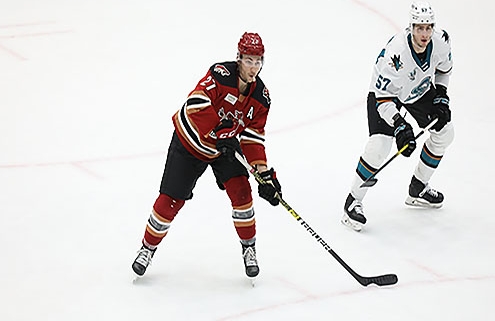 The Tucson Roadrunners have announced that “Let’s Go Tucson” will be the team’s theme as they enter their fifth anniversary season in the Old Pueblo. CLICK HERE for more on “Let’s Go Tucson.” The popular chant for Roadrunners fans inside Tucson Arena during home games is being incorporated into all aspects of the team’s messaging as the organization’s rallying cheer to our community.

Tucson plays San Jose Sunday at 12 p.m. and Monday at 7 p.m. at the Tucson Arena. The games are scheduled “away games” for the Roadrunners. The team’s official home opener weekend is Thursday, February 18 at 6:30 p.m. and Saturday and Sunday, February 20 and 21 at 2 p.m.

Working with Pima County, the City of Tucson and Tucson Arena; the Roadrunners have determined that the first three official home games will be closed to the public as all parties monitor the current public health situation. “Planning remains ongoing and fluid, as it has for the last several months, for us to welcome our fans back into Tucson Arena,” said Roadrunners President Bob Hoffman. “When that day comes, we have multiple measures in place for everyone to have a safe and enjoyable time cheering on the Roadrunners. We are optimistic that will happen this season as we continue to move forward together.”

The Roadrunners will host a watch party at El Toro Flicks for the team’s official Opening Night on Thursday, February 18 at 6:30 p.m. Tickets will cost $35 per-car or $30 per-car for Roadrunners season ticket members. Tickets are available to purchase here. Cars will be allowed to enter the drive-in at 6 p.m. and all vehicles will receive a Roadrunners blanket.

As the Roadrunners wait for this season’s fan arrival to Tucson Arena, the team has partnered with the YMCA of Southern Arizona to produce cardboard cutouts with a portion going back to the community organization. Cardboard cutouts are available by clicking here.

All Roadrunners home and away games will be broadcast live on Tucson’s Fox Sports 1450 AM and the iHeart Radio app. Packages to see all Roadrunners games on AHL TV are $34.99.

To register for a free AHLTV account and to purchase subscriptions for the 2020-21 season – including a season-long all-access pass for just $44.99 USD – visit AHLTV.com.

The latest news and notes on the weekend for the Roadrunners, the AHL’s Pacific Division, the Arizona Coyotes and the NHL drops every Thursday on the iHeart Radio app for the Tucson Roadrunners Insider Podcast.