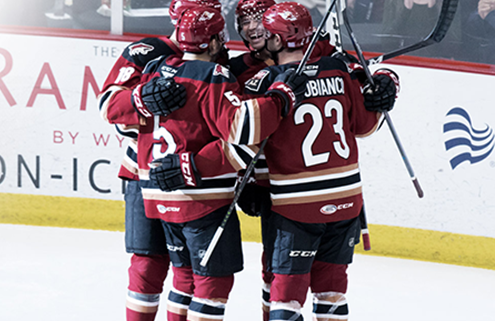 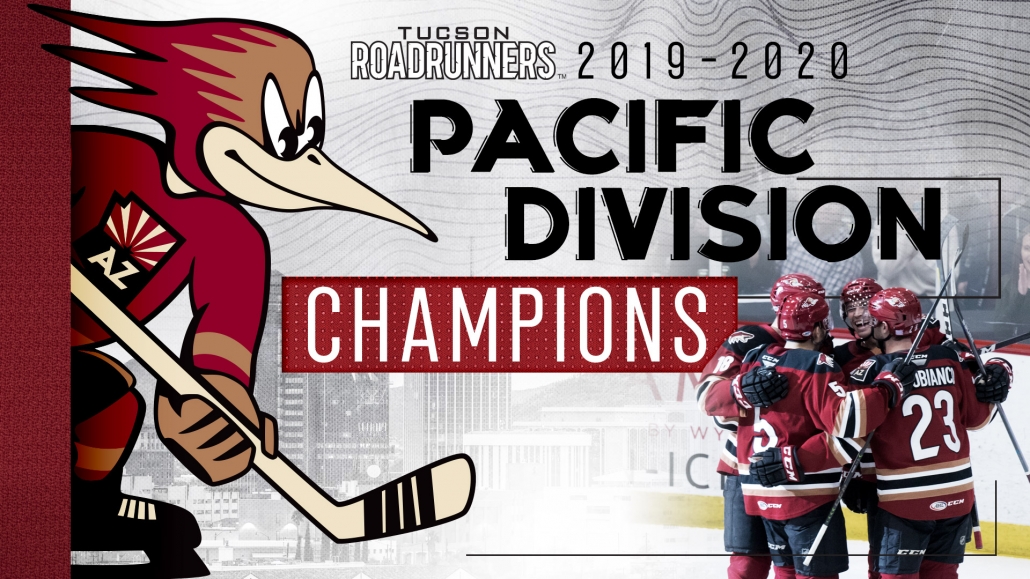 Four Seasons In
With a 36-19-1-2 record in the shortened 2019-2020 season and having just won their second Pacific Division Championship in three seasons, Tucson now stands at 141-96-19-6 over their four seasons in Southern Arizona. They have welcomed 558,663 fans to the Tucson Arena to cheer them on over the four campaigns.

First Place From Almost Tape to Tape
The Roadrunners spent the final 131 days of the regular season in first place, spanning 47-straight games. Tucson never relinquished control of the division’s top spot after a 5-3 win in San Jose on November 3. The Roadrunners have the best record in the AHL’s Pacific Division over the last three seasons at 112-65-11-6 and a .621 winning percentage.

Stacking Up
Tucson’s .647 winning percentage was the fifth best in the 31-team AHL in 2019-2020. The team’s goal differential ranked third in the AHL and the Roadrunners had the fourth lowest accumulation of penalty minutes; including the fewest penalty minutes of any Western Conference team.

Fourth Season of At Least 4,000
As the Roadrunners prepare for their fifth season in Southern Arizona, the team thanks their fans for four great seasons of support. The team has drawn over 4,000 fans-per-game to the Tucson Arena in each season.

21 NHL Debuts From Tucson
Jordan Gross became the 21st Roadrunner to make his NHL debut with the Coyotes on December 22, 2019 in Detroit. He collected an assist and registered a plus-three in the 5-2 victory over the Red Wings.

Team Scoring
The Roadrunners set a new team record as they averaged 3.41 goals-per-game in 2019-2020, finishing fourth in the AHL in that department. The potent 2017-2018 team averaged 3.14 goals-per-game, the previous high.

Every Night’s A Plus
Fourth-year Roadrunners defenseman Dysin Mayo finished fifth in the American Hockey League with a plus-24; appearing in all 58 games. Last season, Mayo appeared in 67 of 68 regular season contests; while in 2017-2018, he played in 66 of 68 games. Mayo joined Andy Miele and Michael Bunting as the three Roadrunners to play in all 58 games in 2019-2020.