Officially now full speed ahead into 20-21 and I’ve noticed in several conversations this week that I’ve issued the same hot take to various folks and that is: I think the Roadrunners will be even better next season after capturing their second division championship in three years this season at 36-19-1-2. We’ve seen so much development within this culture each and every season so far with a consistent nucleus that keeps growing individually and with new added pieces each offseason. I don’t see anything slowing down here.

Of course, Brett Fera in the Arizona Daily Star, on the season conclusion as team finished with best record in the Pacific. CLICK HERE TO READ

And Alex Kinkopf from ArizonaCoyotes.com jumped back on the Roadrunners beat talking with General Manager Steve Sullivan on Tucson being in the Calder Cup conversation. CLICK HERE TO READ. 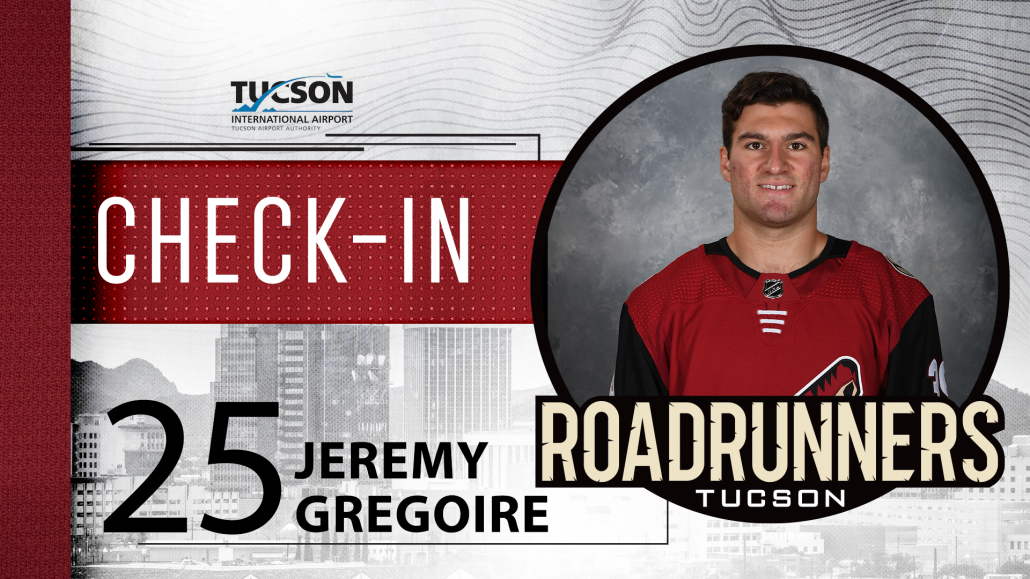 Here’s your chance to ask a question to Jeremy Gregoire as we open up our Tucson Airport Check-In. Contact the Roadrunners on Social Media if you want to get in and ask something to Jeremy and we’ll do that next week. 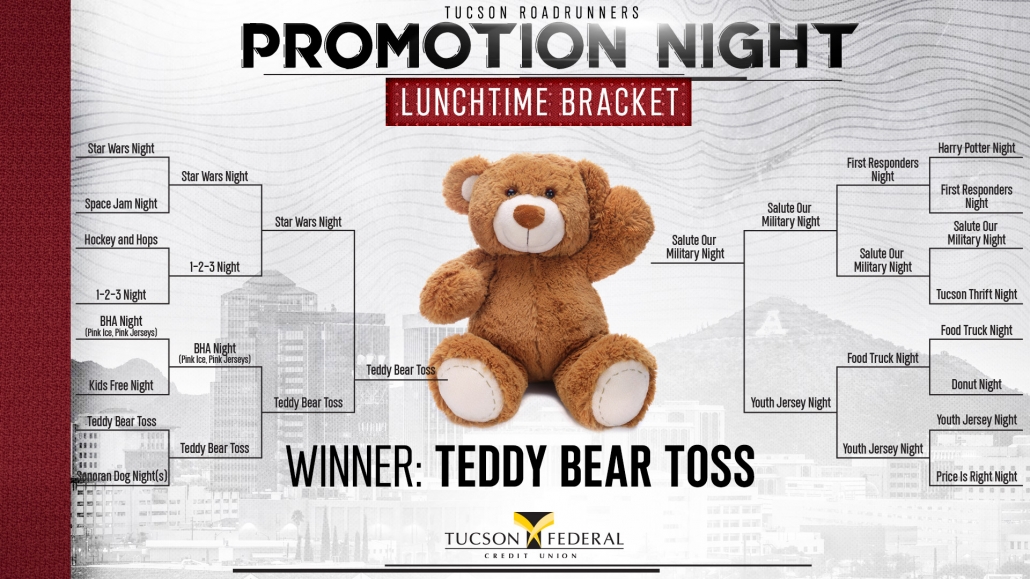 Congrats to the Teddy Bear Toss for winning our Lunchtime Promo Night Bracket tournament over the last few Tuesday and Thursdays.

Let’s stay in the neighborhood and take a look at some Food Pics from Charro Steak on 188 East Broadway. Also, thanks to my BFF Jill for sending over a Gift Card to Charro Steak for my birthday.

Plays of the Wins

Instead of a Play of the Week this week, did you see our Plays of the Game from all 36 wins last season? Want to nominate a play for Play of the Week for next week? Sure, just send me an email, find me on Twitter, call the house, stop by the pool; whatever works best for you.

Still not too late to get your Pacific Division Championship t-shirts, just click HERE.