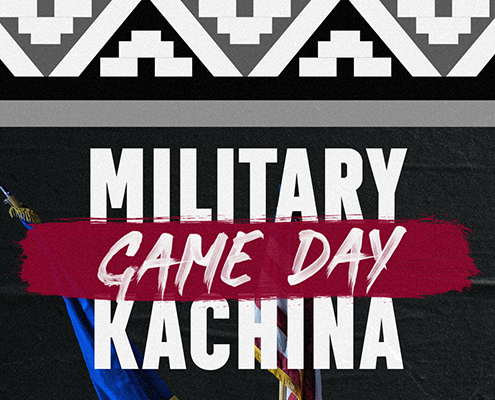 The Tucson Roadrunners wrap up the weekend series with the Ontario Reign Saturday night at the Tucson Arena. The team will look to win back-to-back matchups with the Reign, after taking down Ontario 8-4 Friday night off of strong performances by Roadrunners rookies and the special teams units. Friday night marks Ontario’s first regulation loss of the season.

Three Things
1) The Roadrunners took down the Ontario Reign by a score of 8-4 Friday night, off a breakout night by rookie Matias Maccelli. The 21-year-old tied the Roadrunners franchise record for points in a game with five and recorded his first career AHL goal and hat trick in the same game. Maccelli had a beautiful breakaway score for his first goal of the night, tying the game up at three. Maccelli finished off the hat trick with a pair of power-play goals in the third period to seal the win for the Roadrunners.

2) The strongest aspect of the Roadrunners 8-4 win over the Reign Friday night was the special teams units. The Roadrunners were a perfect four-for-four on the penalty-kill, and a dominant three-for-five on the power-play. All three of Tucson’s goals on the man advantage came in the third period, as the team stormed back with three unanswered goals after facing 2-1 and 3-1 deficits earlier in the contest. The three power-play goals were scored by Roadunners rookies, as Matias Maccelli had a pair and JJ Moser scored the other.

3) The Roadrunners will be celebrating Military Appreciation Night Saturday at the Tucson Arena, as the team once again takes on the Ontario Reign. Tucson will be wearing their special edition Military Kachina jerseys when they take the ice, and the team will be auctioning the jerseys off the player’s backs after the game. All proceeds from the auction will be going to Vet Tix, a non-profit that provides tickets to veterans and military families to attend live entertainment and sporting events, as well as participate in unique experiences.

“What we do along with Vet Tix, is Vet Tix supplies the tickets and we sponsor the tickets so military families can attend the game free of charge… I’m really grateful for the opportunity and it’s been a wonderful experience partnering with the Roadrunners.”

We’re Doing It Live
Tonight’s game will be broadcast live on AHLtv, as well as on the radio on Fox Sports 1450AM, or on the iHeartRadio app. Coverage begins at 6:45 p.m. MST with Roadrunners Warm-Up, as Jimmy Peebles gets you ready for the game before “Voice of the Roadrunners” Adrian Denny has the call at 7:00 p.m. live from the Tucson Arena for Military Appreciation Night.