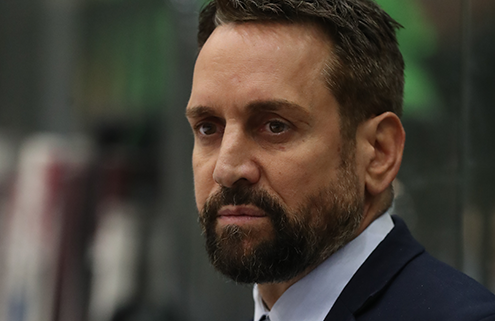 New Roadrunners Head Coach Steve Potvin met with the Tucson media via Zoom Friday after just hours after being named Head Coach and less than two days away from the team’s preseason opener Sunday in Ontario.

From: Jason Barr, KGUN-9: What does it mean to you to be promoted to head coach of the Tucson Roadrunners after serving as an assistant coach for three years?

Coach Potvin: It certainly means a lot to me and my family, I think they recognized the time and energy spent incoaching, and we’re all excited about the position and we’re really looking forward to guiding the program and the players down the right path. We have a great group here, with great tradition and culture in place, and for us, it’s just the willingness to continue it.

From Jason Barr, KGUN-9: How would you describe your coaching style? Are you more of a fiery, loud type or a lead by example type of coach?

Coach Potvin: I guess I would say the players can feel my enthusiasm and passion for the game, and they can feel my commitment level. So, to answer if I’m a yeller and a screamer, if I’m encouraging them and trying to get them down the right path, then I would say one hundred percent yes, I will be boisterous. If things go kind of sideways a little bit there will be moments where we have to really dig in and try to push and motivate the players to do the right thing. But for the most part it, I will be coaching through enthusiasm and passion for the game and helping the players to succeed. 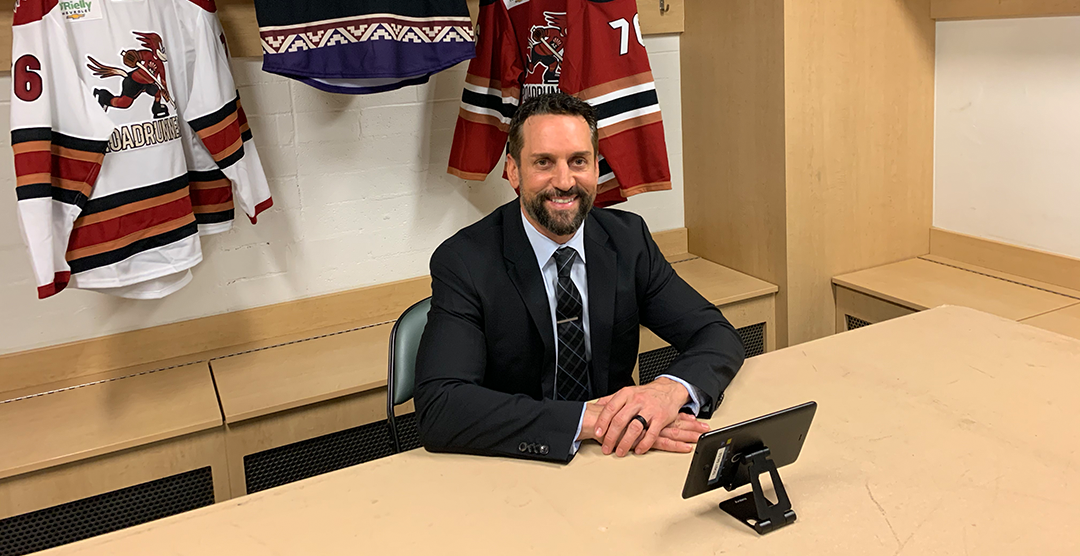 From Jason Barr, KGUN-9: You’ve already been here with this team, and you’re taking over for a team that won the division last year, I’m guessing you’re not trying to reinvent the team, but you also want to put your stamp and your style on there. What did you notice as an assistant coach that you want to do differently now as the head coach?

Coach Potvin: First and foremost, I’m probably one of the luckiest coaches around to have the opportunity to work with Mike Van Ryn (Roadrunners Head Coach 2017-2018, current Assistant Coach with St Louis Blues), NHL coach, won a Stanley Cup, and Jay Varady (Roadrunners Coach 2018-2020), who has a long history and career of coaching, I’ve certainly learned a lot from them. I’ve also been able to coach with John Slaney for three years now here in Tucson. Our general manager, Steve Sullivan, he has a real relentless approach and there’s so much passion for hockey between those four guys. I feel very fortunate to have been with them, I’ve learned a lot, and like you said, we’re not going to try to reinvent the team, we’re going to keep it moving forward in the same direction.

Coach Potvin: It is an interesting time, but to be honest we’ve been waiting for this for a long time now. I think we appreciate just being together and getting to play the game again and getting to advance our careers. Of course, it’s so much more enjoyable to play in front of the fans, but I think at this point we’re just excited about getting to play hockey again and being able to compete. With all the time off, I think your friends and family members get the brunt of it; you like to compete, and you love being around an environment where there’s wins and losses. We’re looking forward to getting back into that.

From Jason Barr, KGUN-9: I know that Minor League Baseball and the NBA G-League didn’t have seasons or didn’t start, were there ever doubts during the winter that the season wouldn’t start?

Coach Potvin: One hundred percent. With no TV contract, we weren’t sure how the season would play out or where the money would come from. Thankfully the PHPA and the AHL and everybody got together and figured out a way to make this work. I’m so thankful for the opportunity to play, and I’m glad our ownership group agreed that it would be beneficial for our American League guys to play and develop this season.

From Robby Leano, Five for Howling: We saw the training camp roster this week, and there are a lot of guys returning from last year. What can you say about the roster you have for this year?

Coach Potvin: We’ve got a young group coming up, along with some that have been with the organization for a long time. We’re going to expect a lot out of the guys that have been here, and they’re going to show what our culture looks like, and we’re going to rely on them to show the younger guys what we’re looking for and expect. Hopefully there’s a good blend and we’re able to continue to build and pass on the torch as some guys get called up and graduate to the NHL. Hopefully they’re able to pass the message along to the younger guys to give them that same opportunity.

From Jason Barr, KGUN-9: Usually the hockey season is considered a long grind, but with this season being shorter, are you looking at it as more of a sprint? Is there a different mindset or approach going into this season?

Coach Potvin: We obviously want to get off to a strong start and focus on minimizing the valleys that we go through during the season. The players have to be fully committed to what they’re doing off the ice, taking care of themselves with less days off. With a shortened season, there’s not really any time to relax, and we need to be prepared. If they can stick to it and stay committed I think that will give us a big advantage.