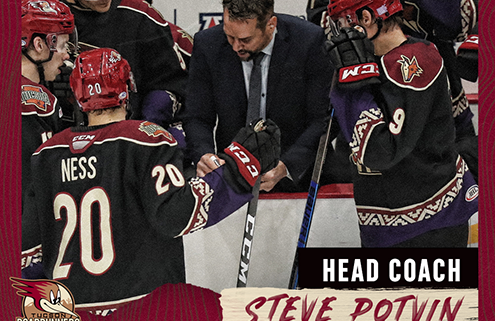 GLENDALE, ARIZONA – Arizona Coyotes General Manager Bill Armstrong announced today that Steve Potvin has been named as the head coach of the Tucson Roadrunners. John Slaney will continue to serve as an assistant coach for the Roadrunners. Former Roadrunners Head Coach Jay Varady joined the Coyotes coaching staff on January 14, 2021. As per club policy, terms of the contract were not disclosed.

Potvin has served as an assistant coach for the Roadrunners since 2017. Over the past three seasons, he helped former head coaches Jay Varady and Mike Van Ryn guide the club to two division championships and an 112-65-16 overall record.

“We are very pleased to select Steve as the new head coach of the Roadrunners,” said Armstrong. “Steve is a very good coach who has done an excellent job working with our prospects in Tucson the past three years. We are confident that he is the right coach to continue the development of our players and help build a winning culture in Tucson.”

“It’s an honor to be named head coach of the Roadrunners,” said Potvin. “We have a great group of players in Tucson and I’m looking forward to developing our prospects while building upon the winning foundation that we’ve established.” 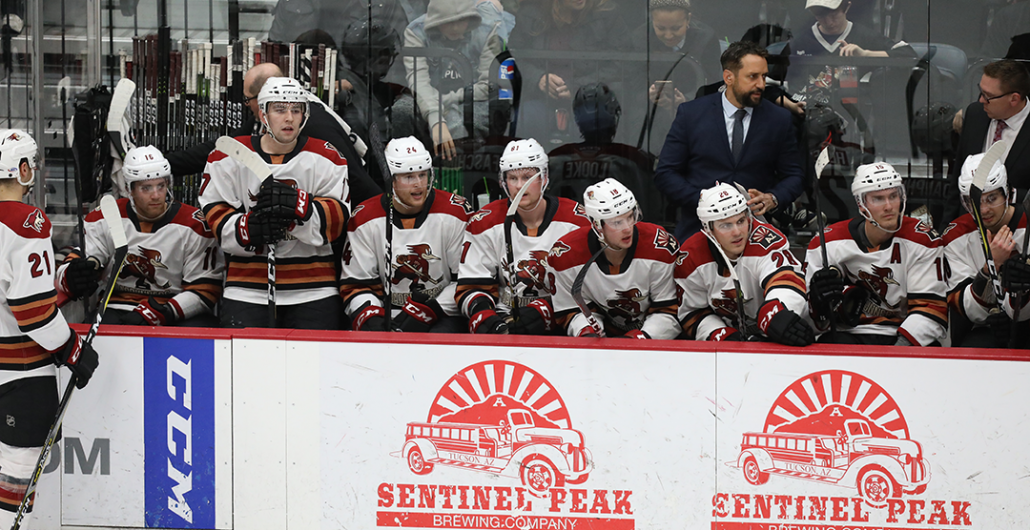 Prior to joining the Roadrunners, Potvin served one season as the Coyotes skills coach in 2016-17 where he focused on player assessment and individual skill improvement with players at both the NHL and AHL levels.

Q and A With New Coach Steve Potvin
Scroll to top