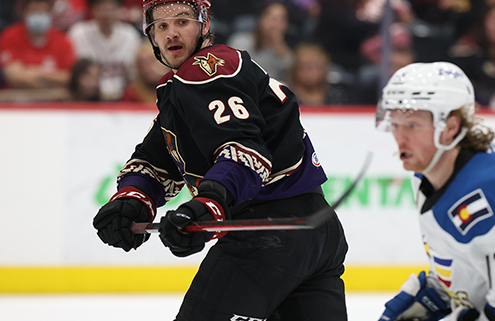 Tucson, Arizona – The Tucson Roadrunners announced the roster for day one of Training Camp, which starts Monday at 11 a.m. at the Tucson Arena:

Players in red are returning from the 2021-2022 Tucson Roster

#27 – Adam Cracknell – Has appeared in 998 career professional games, including 210 in the NHL