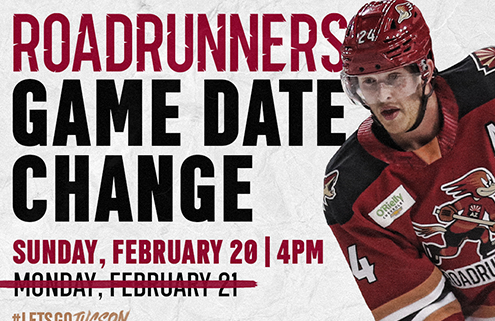 Tucson, Arizona – The Tucson Roadrunners, owned and operated by the Arizona Coyotes, announced today that their home game against Henderson originally scheduled for Monday, February 21 will now be played on Sunday, February 20 at 4 p.m.

The Roadrunners updated schedule can be downloaded and synced to all devices and calendars by clicking HERE.

A printable PDF of the schedule can be found HERE.