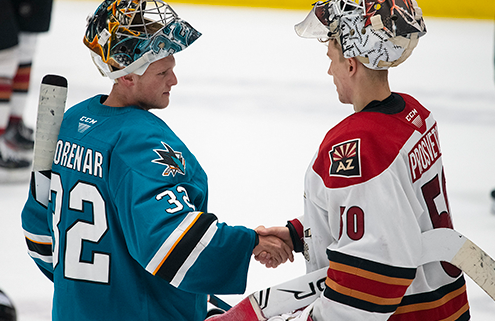 Both Imama and Korenar spent last season in the AHL Pacific Divison. Imama appeared in 32 games with the Ontario Reign last season, matching his career-high in points with 14. Korenar started 12 games for the San Jose Barracuda in 2021, including all four of the team’s playoff matchups. Korenar held the Roadrunners to only a single goal on 20 shots in his lone appearance against Tucson, and posted a 7-3-2 record when in net for San Jose.