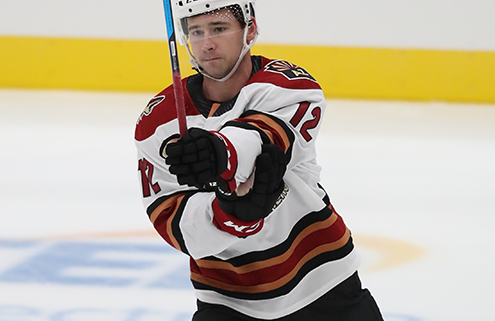 In addition, the three players below have joined the Roadrunners in San Jose from the Arizona Coyotes ECHL affiliate the Rapid City Rush.

Defenseman: Quinn Wichers (Professional Tryout_
-5 games with Tucson this year.
-1 goal and 2 assists in 23 games with Rapid City this year.

Forward: Max Coatta (Professional Tryout)
-1 game with Tucson this year
-12 goals and 13 assists for 25 points in 33 games with Rapid City

Forward: Logan Nelson (Professional Tryout)
-2 games with Tucson this year.
-10 goals and 26 assists for 36 points in 32 games with Rapid City, which is second in the ECHL in scoring.

The 20-year-old Soderstrom has played in nine games for the Coyotes and 17 games with the Roadrunners in 2021-22. Since his season debut in Tucson on Nov. 12, the 5-foot-11, 184-pound Soderstrom has registered 12 points (2-10-12), leading the Roadrunners in assists and sharing the points lead among defensemen (Janis Moser). The Skutskar, Sweden native has played in 13 career NHL games and has collected two points (1-1-2). Soderstrom was drafted by the Coyotes in the first round (11th overall) in the 2019 NHL Entry Draft.